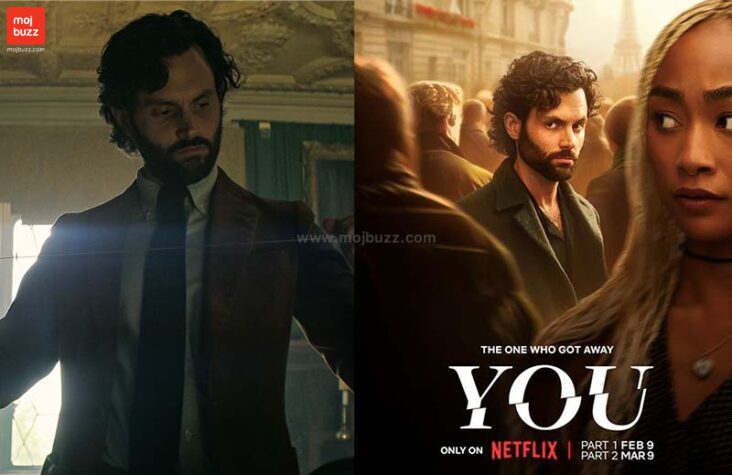 You Season 4: Joe Goldberg changes from a predator to a victim. The new season of “You” is now available on Netflix, and it seems that Penn Badgley’s character, Joe Goldberg, is not the only one killing people in London.

In the trailer, Joe is seen pretending to be a literature professor named Jonathan Moore at a university in the city. He is surprised to find that he enjoys his job, even though he is surrounded by rude socialites.

But when wealthy people in London’s upper-class start dying, Joe realizes there may be another killer on the loose. Tati Gabrielle will also be back as Joe’s girlfriend Marienne Bellamy, but this time she will have platinum blonde hair. In the last episode of the last season, Marienne left the country after finding out the truth about Joe’s disturbing actions.

In the trailer for Season 4 of “You,” Penn Badgley, who plays the lead, can be heard asking Marienne, “Did you break my heart?” Then there was a glimpse of Tati Gabrielle as Marienne Bellamy, a role she had played before. In a voice-over, Badgley says, “Heartbreak is always the start of a new path.”

In the case of Joe Goldberg, he went to Europe because his heart was broken. At the end of Season 3, Joe faked his own death and went to Paris to find Marienne. This made people think that the next season would take place in the city of love.

The change in setting is one of the most noticeable differences in the trailer for Season 4 of “You.” In the last season, it was revealed that Joe had left California and his troubled past behind to start a new life.

In the trailer for the new season, Joe changes his name to Professor Jonathan Moore, teaches in London, and hangs out with rich friends. In the trailer, Joe says that he loves his job as a teacher in Europe, but it’s clear that this happiness won’t last long, as the trailer hints.

2. A change in theme for the season

In the fourth season of “You,” Joe seems to play a completely different role as he gets involved in an investigation in the style of Sherlock Holmes. The show is set in the busy city of London, and it has a lot of strange characters that give it a new feel. The characters, costumes, and camera work remind me of an investigative thriller show.

3. The hunter turns into the hunted

In the next season of “You,” Joe Goldberg, played by Penn Badgley, will be stalked for the first time. In the trailer for the new season, there is a murder mystery about a wealthy group of people who are being killed. Suddenly, Joe gets a text from a possible stalker, which is the opposite of what happened in the previous seasons.

“You” used to be about how obsessive Joe was and how far he would go for what he thought was love. In this new season, Joe will have to deal with the fear and terror that he has caused in other people.

“You” is a psychological thriller series about a man named Joe Goldberg who works a blue-collar job during the day and becomes a serial killer at night. Even though Joe is a romantic at heart, his obsessions with the women he falls in love with often turn violent and deadly.

The show is based on the book by Caroline Kepnes of the same name. After putting out a teaser, Netflix said that the highly anticipated fourth season of “You” will come out in two parts. Part 1 will be out on February 9, and Part 2 will be out on March 9.

For the fourth season of “You,” Greg Berlanti and Sera Gamble are in charge of writing. Leslie Morgenstein and Gina Girolamo will be back as the show’s executive producers. The show is being made by Warner Bros. and Alloy Entertainment.

Penn Badgley and Tati Gabrielle will be back for the fourth season of “You,” but there will also be new actors like Charlotte Ritchie, Lukas Gage, Ed Speleers, Tilly Keeper, Amy-Leigh Hickman, Niccy Lin, Aidan Cheng, Brad Alexander, Ozioma Whenu, and Eve Austin. 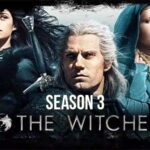 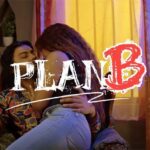