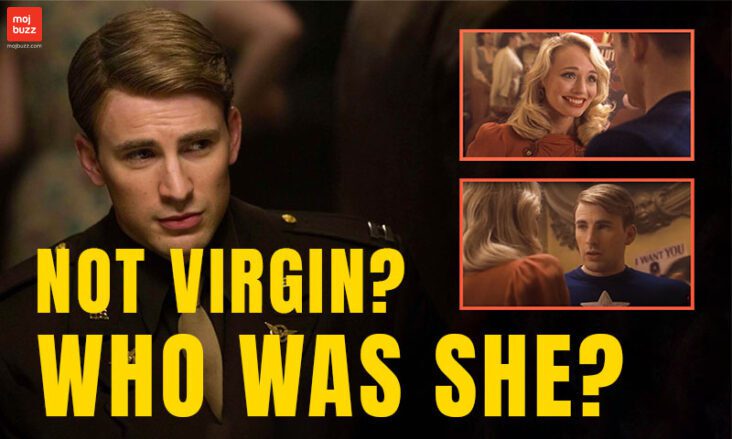 Captain America Steve Rogers Is Not A Virgin! Now we know another thing he can do all day and that is putting America’s @ss on a mission. She-hulk episode one ended with one of the favorite MCU Post credit moment ever. Captain America F***d!

Yes, the question is who punched cap’s v card feels like a mystery perfectly tailored for. Steve Rogers’s virginity comes up early in she-hulk episode 1 and even contributes to Jen Walter’s car crash that leads to her power-up.

Steve Rogers did not have a girlfriend before he went into the service. Obviously, Captain America wasn’t portraiture, Jen brings it up again in the post-credits scene pretending to be drunk to get the answer out of bruce.

Jen says, “Did you see that @ss like that ass did not deserve to diverge it’s feeling so sad” Smart Hulk replied, “Steve Rogers is not a virgin! He lost his virginity to a girl in 1943 on the USO tour” in the closing credits.

Now question mark on it we don’t know who the faceless woman Chris Evans himself reacted to this episode by tweeting some emojis including one for my lips are sealed.

She Hulk head writer Jessica Gao confirmed that Marvel head Kevin Feige told her the true canonical answer to this question meaning the truth is out there it is known Captain does have a burst.

Bruce Banner was referring to at least according to whatever popular lore he heard of some girl on the USO tour in 1943. so what about Steve’s beard forever dance partner Peggy Carter?

Peggy Carter at least mentally made a man out of Steve when he solid out of that oven but the buns were too hot to handle and these two always get room for Jesus between them until Steve went into the ice. Really Steve’s disappointment upon waking up says it all, “I had a date” we don’t think Peggy was the one Cap hooked up in 1943.

However, there is a woman Steve meets while he’s on the tour whom Steve definitely has eyes for this adult fangirl after meeting so many kids asking for autographs finally he meets one his age. Steve and this fangirl would have also become part of his mythology something seen during this period by saying Howard Stark mentioned among his obsessive drunken stories over the years about how awesome Captain America was to his son Tony Stark leaving Tony with his famous inferiority complex.

Bruce Banner says Steve Rogers is not a virgin suggesting that Steve might still be alive in the MCU and Bruce Banner might know where he is but anyway we should also point out this fangirl is played by Laura Haddock who is also in the MCU and plays Peter Quill’s mother Meredith Quill in the Guardians of the Galaxy movies.

Whether or not we believe she is the one who punched the card with Captain America.