Brendon McCullum, the head coach of England, has continued to support opener Zak Crawley despite his repeated failures at the top and has stated that he will stick with him for the second Test against South Africa in Manchester. In England’s embarrassing defeat to South Africa in the first Test at Lord’s by an innings and 12 runs, Crawley could only manage nine and thirteen points. He had a poor average of 16.40 and only 164 runs in his previous ten innings. In this stretch, he has only recorded 46 points with no fifty scores. However, McCullum believes that the 24-year-old should be given time to mature.

England succumbed to a brutal defeat in the first Test and South Africa was able to maintain its top spot in the ICC World Test Championship 2021-23 standings.

Crawley’s poor form has seen many former players calling for his immediate removal from the squad.

One of these cricketers is former England skipper Mike Atherton.

“He did not look like a man that was going to be there for a long time. England like him and obviously think there is loads of potential but at some point, you have to take someone out of the firing line,” Atherton said.

“The best bowlers put it around off stump time and time again and Crawley is nicking off on and around off stump. That is the game as an opening batsman and if you are struggling to sort that aspect of your game, it is an issue,” he added.

But McCullum believes in long terms benefits of showing loyalty in selection.

The second Test between England and South Africa will take place from August 25 onwards at Old Trafford, Manchester. 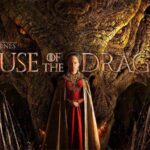