Harbhajan Singh New Controversy, tells him to ask forgiveness from the nation. Despite the fact that players and supporters from India and Pakistan’s bitter rivals have a soft spot for one another, there are moments when it seems like the ice between them is not melting. On social media, there is constantly heated discussion on a variety of subjects, and recently, one such occurrence has been creating havoc online.

There have been numerous times when Indian and Pakistani cricket players have interacted peacefully, such as when Shoaib Malik was with the cross-border team or when Shoaib Akhtar was with Harbhajan Singh, but the friendship between Shahid Afridi and Gautam Gambhir doesn’t appear to be getting any better. The two have never been in love off the pitch and have always engaged in heated arguments together. Even they frequently engage in banter on social media.

Afridi was heard discussing Gambhir’s personality in one of the interviews. He stated that nobody in his native nation thought the world of him. Afridi has previously described Gambhir as having mental health problems. His quotes from Samaa TV are as follows:

“It’s not like I have had a fight with any of the Indian players. Yes, sometimes there are some arguments with Gautam Gambhir on social media. And I think that Gautam is a sort of character which no one likes even in the Indian team.”

The Indian cricket fans have expressed support for their ex-player by criticizing Afridi for his comments, and for all the right reasons. They are more taken aback by Harbhajan Singh, Gambhir’s replacement, responding to Afridi’s remarks. The former spinner was on the same panel as famous Indian journalist Vikrant Gupta and was seen laughing at Afridi’s remarks against Gautam.

Also Read: Suresh Raina Mourns Death Of His Coach. Raina Tweeted, “Reason Behind All My Achievements”

Obviously, the sentiments made by the Pakistani cricketer offended the supporters, but Harbhajan’s response to those comments is what they are talking about more. They are standing up for Gautam while also demanding with Singh to apologize to the Indians for hurting their feelings. According to them, the off-spinner should have responded to Afridi instead of smiling at his statements in order to save Gautam. 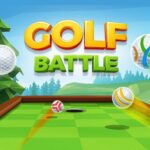