On Monday, Dwayne “The Rock” Johnson had some noteworthy news to share with his followers. Tales from the Territories, a new docuseries, has him on the executive producing team.

Vice will premiere Tales from the Territories on October 4. The theme of this TV show will be “the golden age of professional wrestling.”

The wrestling business was separated into regional divisions prior to the WWE evolving into what it is now. Fans will be able to get a detailed glimpse at that era with Tales from the Territories.

This series was also created by Dark Side of the Ring creators Evan Husney and Jason Eisener.

Abdullah the Butcher and Bret “The Hitman” Hart were interviewed in the teaser Johnson posted on Twitter.

Tales from the Territories are eagerly anticipated by the wrestling community, despite some people’s concerns that the complete truth won’t be revealed.

With Dwayne Johnson, who has extensive family ties to the history of the industry, as a partner, Husney and Eisener said: “We’re tremendously delighted to expand the ‘Dark Side of the Ring’ series with this first-ever examination of the hidden past of wrestling’s Wild West era. We are eager to share the interesting tales of the forerunners who paved the way for wrestling’s hegemony over the world’s popular culture.

On October 4 at 10 p.m. ET, the premiere of Tales from the Territories will air. 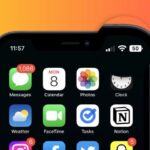