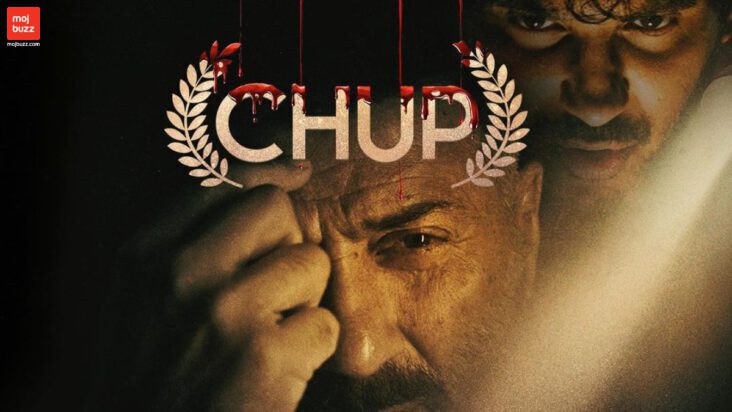 Even though Dulquer Salmaan and Shreya Dhanwanthary are both in good shape, the main idea of “Chup” doesn’t work, and the clever wordplay and comments on current events start to feel shallow.

R. Balki, who writes and directs movies, has a knack for coming up with interesting ideas and putting them in a nice package with technical flourishes and sharp comments on society and its hypocrisies. But his customized cars usually get stuck in the gear of self-awareness after an interesting buildup. Chup is the same.

It’s not surprising that Kagaz Ke Phool, which is one of the best movies about self-reflection in the world, is the basis for his crime thriller. Guru Dutt’s classic, which critics at the time didn’t like, is used as a point of comparison in Chup. On the surface, the movie is about a psychopath who hurts film critics for giving movies bad reviews.

But at its core, the film’s three writers, one of whom is the famous movie critic Raja Sen, show the killer as a kind of self-appointed vigilante who is out to save cinema from mediocrity and impose the tyranny of taste. But it’s strange that the movie doesn’t question the rating system itself. It doesn’t ask if art can be measured or if it can be understood in a certain amount of time.

The critics of the time panned Kagaz Ke Phool, but it lived on and got a second chance because another group of critics wrote about it and paid more attention to how it was made than what it was about. Every democracy has both average and good people. Cleaning up for the sake of others is not a way to get ahead. The fun of art is in how different people see it.

Balki uses a cameo by Amitabh Bachchan to show that critics are important to the growth of art and that a “hit film” isn’t always a “good film.” He does this to make the idea of an independent film more appealing to a wider audience. To make things meta and big at the same time, he put Sunny Deol in the role of the police officer looking for the critic of critics.

This is despite the fact that critics usually don’t like Sunny Deol. Then there’s Pooja Bhatt, whose father made self-referential movies, who plays a criminal psychologist who tries to figure out what the killer is thinking.

But while we talk about the interesting details of the crime and the casting, love is blossoming in the Christian neighborhood of Bandra. Shy florist Danny (Dulquer Salmaan) finds his voice when bubbly entertainment journalist Nila Menon (Shreya Dhanwanthary) comes into his life.

Jaane Kya Tune Kahi, an unusual S.D. Burman’s composition from Pyaasa, provides a lilting background. The cinematography, music, and witty conversations between the two make for some electric moments. When the unique sound of Chinese temple blocks is played, it always makes me feel something.

Shreya Dhanwanthary is a born performer, and she has nailed the part of a journalist. This is her third time playing a writer with a conscience, but this time she has a love story and a stronger character arc.

Dulquer and Shreya make the middle overs interesting, along with Saranya Ponvannan, an experienced south Indian actor who plays Nila’s outspoken mother. Dulquer is charming as a lover who likes to talk to himself, but the script lets him down as the movie goes on.

Since there are no false leads to follow, Chup is less of a “whodunit” and more of a “whydunit?” because we have to wait to find out what led to the horrible murders. When the critics’ punishment doesn’t fit with what happened before, the climax is just a show. When the main idea falls apart, clever wordplay and current observations start to feel like they don’t mean much.

The connection between what’s happening on screen and what the director has to say about criticism no longer makes sense, and the movie loses its punch. Overall, Chup has its good points, but it doesn’t do enough to silence the critics. 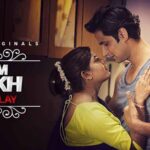