Sony Pictures Entertainment India announces the release of the Japanese anime, Dragon Ball Super: Super Hero, in Hindi across Indian theatres! Apart from English, the latest movie installment in one of the most popular franchises, Dragon Ball Super, will now also be dubbed in Hindi for the first time ever in Indian theatres and available to audiences on 26th August 2022.

Directed by Tetsuro Kodama, the film is about the Red Ribbon Army that was once destroyed by Son Goku. Individuals who carry on its spirit have created the ultimate Androids, Gamma 1 and Gamma 2. These two Androids call themselves Super Heroes. They start attacking Piccolo and Gohan… What is the New Red Ribbon Army’s objective? In the face of approaching danger, it is time to awaken, Super Hero! 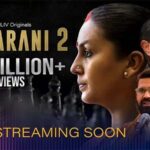 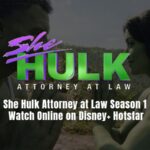